Approximately 15% of couples have difficulty conceiving a child, and male subfertility is a contributing factor in about half of these cases. Traditionally, couples that fail to conceive after one year of unprotected intercourse are advised to consult with a reproductive specialist for fertility evaluation. The male partner is usually evaluated before the female because his initial exam and testing is non-invasive and less expensive. Male subfertility can be caused by both physical and lifestyle factors.

Evaluation of male fertility begins with a thorough medical history and physical examination. Basic laboratory testing that includes two semen analyses and blood tests for hormone abnormalities complete the initial assessment. Based upon the results of these tests, we can determine if male subfertility is contributing to the couple’s failure to conceive, and determine appropriate treatment options.

The most common reversible cause of subfertility in men is varicocele, an abnormal dilation in the veins of the scrotum (similar to varicose veins in the legs). Varicoceles contribute to an elevated temperature in the testes that interferes with normal sperm production and maturation. There are several surgical options for treating varicocele, most of which are performed on an outpatient basis. The dilated veins that are causing the varicocele are blocked or divided. Surgical intervention restores sperm count and motility in up to 70% of men, and results in otherwise unassisted pregnancy in 50% of couples.

Two less common causes of male subfertility are an obstruction that prevents sperm from reaching the ejaculatory ducts and hormonal imbalances. Appropriate individualized treatment options are formulated for each couple in an effort to help them conceive:

Vasectomy
Vasectomy is a surgical procedure that results in permanent sterilization. It is generally completed in the office in about 20 minutes using local anesthesia and mild sedation. Through small incisions, we cut and seal the vas deferens, which prevents sperm traveling from the testes to the ejaculatory ducts. There is no noticeable change in the patient’s sexual function – including ejaculation.

Until the absence of sperm can be confirmed, men must continue to use other methods of birth control. Sterility is checked about 7 weeks after the vasectomy to insure that all sperm living beyond the surgical site have been cleared.

Erectile Dysfunction
Erectile dysfunction (ED) is defined as the inability to attain an erection of sufficient rigidity or the inability to sustain an erection of sufficient duration for intercourse. ED is common in men over 40 and increases with age. It is estimated that 10 to 20 million men suffer ED, and 30 million men suffer partial ED. Although erectile dysfunction correlates with advancing age, other independent risk factors also increase the risk of ED for men of all ages. Cardiovascular disease, diabetes, smoking and drug or alcohol abuse are linked to ED. In fact, erectile dysfunction may be the first symptom of vascular disease. Evaluation of ED symptoms offers an opportunity to assess other conditions that may be treated to avoid serious medical conditions such as hypertension and coronary artery disease.

The evaluation for ED begins with a complete medical history and physical combined with several non-invasive screening tests. The results of these tests are used to rule out diabetes, hypertension, vascular disease and hormone abnormalities. Based on the physical exam and test results, the cause of the ED can be identified and an appropriate treatment plan can be implemented.

The available treatment options for ED continue to increase and improve. They range from oral medications to surgical insertion of a penile prosthetic. Treatments are individually tailored to address the underlying causes and to utilize the least invasive therapy that produces satisfactory results. Although studies have shown that surgical therapy offers the highest patient satisfaction with the greatest probability of success, it is never the first choice in treatment because it is not reversible and carries some risk.

The diagnosis of premature ejaculation is based upon the perception of the patient and/or his partner. A careful history and physical examination is necessary to identify contributing factors and to rule out erectile dysfunction, neurologic disease and medications that might be interfering with sexual performance.

We realize that sexual satisfaction is an important quality of life issue and treatment options will be presented that best address each patient’s condition. Premature ejaculation can be treated effectively with a combination of medication (topical anesthetic cream and/or oral medications), and psychological counseling by an experienced sex therapist.

Hypogonadism or Low Testosterone
Male hypogonadism is a condition in which the body doesn’t produce enough testosterone, the hormone that plays a key role in masculine development during puberty. The cause of hypogonadism may be congenital (present at birth) or acquired (occurring later in life). The consequences of hypogonadism vary with the time of onset. For adults, the following symptoms typically occur:

Hormone replacement therapy is the general treatment for hypogonadism. For men who don’t wish to father children, testosterone injections or topical applications can be prescribed. Men wishing to father children will not be given this treatment option as it suppresses sperm production. Instead, they will be treated with a hormone that mimics the pituitary gland and stimulates testosterone production in the patient’s testes. 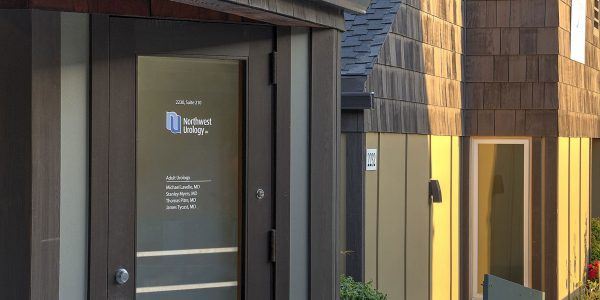 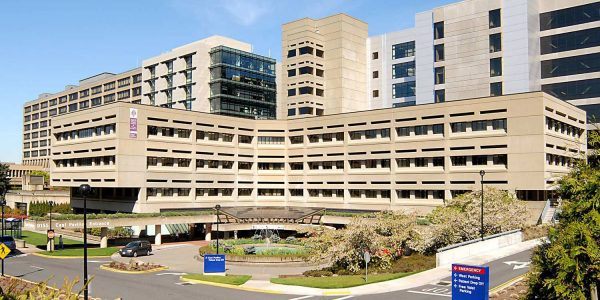 During this unprecedented time, we remain committed to the needs of our patients, and are actively monitoring the COVID-19 situation in our community. We assure you that your health and the well-being of our employees is always our top priority.

Due to the current situation with COVID -19, our office is encouraging telehealth visits for most appointments. We currently offer several telehealth options for your convivence. Please contact our office at 503-297-1078 for more information or login to the patient portal to communicate with your physician. If you need to be seen in our office, please take comfort in knowing that we follow social distancing and will only allow one caregiver to accompany you to your appointment.

For the safety of our employees, physicians and other patients, please reschedule your appointment if you are unwell or are experiencing any symptoms such as fever, cough, headache or shortness of breath. This office does not have test kits and is not equipped to handle the COVID-19 virus. Please seek your primary care physician for advice.